As I sat at the restaurant waiting for Kim, I knew at once who she was, even before eye contact was made. Unlike many successful, dynamic and altruistic women I knew, Kim Underhill has no airs. When she sat down and began to speak, I immediately felt at ease because of the humility and confidence she exuded. It became clear why Kim Underhill is a force to be reckoned with.

Within the first five minutes, I was intrigued and asked Kim where she got her disarmingly strong personality from. Without batting an eyelid, Kim said that it came from her mother. Unfortunately, Kim grew up with an abusive and unreliable father. That made her bear the brunt of the family’s financial difficulties from a very young age.

Due to these circumstances, Kim dropped out of school before obtaining the O Level certificate. Without basic certification, jobs were hard to come by. So Kim heeded a close friend’s advice to take up typing. Little did she foresee that typing would open many doors to a long and vibrant career.

Typing her way up the corporate ladder

Armed with typing skills, Kim got her first office job through an agency. Spotting her talent and hard work, the agency provided many temporary jobs. With more experience came more confidence. Kim was sure that they had seen her value and appreciated it. Finally, Kim was offered a permanent job when she exuded so much confidence as a receptionist. Due to a nosy and curious nature, Kim would volunteer to cover other duties when her Director was overseas. By getting involved in more than what was on her plate, simply because she has to know why and how things work, Kim quickly went from clerk to secretary.

Taking the job as a secretary was a huge risk for Kim. Unequipped with the required knowledge or skills, Kim took the chance as a daredevil. Describing the fear she felt on her first day, Kim only knew how to operate a typewriter and had to call a friend who sent a fax on all the functions of a PC. Because of Kim’s unrelenting ways, she managed to work for two years before getting married in another country.

Even when Kim was away, her efforts were far from forgotten. Kim acknowledges that being blessed with supportive people have helped in the upward climb of her career. Back in Singapore after two years, her former boss recommended that she worked for an English colleague as his personal assistant. This gave her career a big boost. Over time, she learnt a lot from him. He even pushed her to go back to school again by getting the company to sponsor her education.

This started six years of night school for Kim where she successfully completed foundation, diploma and degree courses. With her new qualifications and ability to communicate well with people, she rose from Personal Assistant to Internal Customer Service Officer. This eventually led to a marketing position where Kim was very exposed to VIP customers and accounts.

Reflecting, Kim realized that going back to school helped fine-tuned her skills at work. It gave her the structure she lacked, while the exposure to solution-based learning taught her to work better with others. The degree gave her a clearly defined method of cultivating good rapport more effectively. This made Kim realize how useful a formal education could be, which motivated her to take up a Masters in Psychology – a study which helped compartmentalize her approach at work more effectively. This sharpened her strengths in seeing the big picture and soon, Kim was appointed Managing Director.

As a new member of the management team, this was one of Kim’s biggest challenges. When the person who hired her quit after six months into the job, this entirely changed her team’s dynamics. Kim was tasked with the difficulty of restructuring and turning things around within a short period of time.

Nevertheless, she approached this by personally meeting with every single staff member. Through informal discussions, Kim found out their views and gained useful insights as to what her employees wanted for the company and themselves. Another advantage was cutting out the middle man involved in the filtering process to someone at the top, like herself. In addition to a helicopter view, Kim got a holistic picture of the entire organization.

As such, Kim is very big on communicating honestly with her staff. She believes in being open-minded and flexible, but makes it very clear that integrity comes first. “If you tell me the truth I can lie better” is her motto at work, meaning the more staff lie, the harder it is for Kim to help them in times of need. Hence, Kim does not micro-manage. She trusts her staff to do their work and delivery is all that matters at the end of the day.

When it comes to her employees, Kim frequently asks if she is filling a need and ‘giving them the love’. She highlights that most employers have difficulty maintaining staff because they see them as a means to an end – just there to fulfil a set of duties. Nothing more, nothing less. This, she says, is a cardinal sin. Because most people want to be heard and want their potential to be tapped on, they almost never get either and hence do not develop loyalty.

For the young, Kim encourages them to distinguish between strength and passion. As the two rarely co-exists, it is best to work on strengths while maintaining passion. While strength is a must to provide basic needs, passion is a necessity to give fulfillment. Should one decide to pursue only passion, be sure to test the water before diving fully into it. As passion itself might not give you the desired lifestyle, be very clear what steps can be taken in your career.

Kim also does not believe in selling oneself. She stress that selling a product or service, as opposed to selling oneself, are two very different things. When people try too hard to sell themselves, they lose their credibility. It becomes an issue about money, and no longer the passion.

Embarking on a new career

Kim asserts that the viewpoints and methods that she holds dear can help many people improve their work and personal lives. Now for the first time in her life, Kim is giving talks, writing guidebooks and empowering people at large.

Knowing that she does not have it in her to retire, Kim is now ready to embark on the next phase of her life – a retirement career. With the help of her newly engaged public relations company, Kim is busy organizing talks with NGOs in Singapore, such as Daughters of Tomorrow. Her primary goal is to help as many people as possible, and money is not an objective.

Looking ahead, Kim’s schedule is packed with interactive workshops for disadvantaged women who need help in achieving the ultimate balance in life.

To find out more about Ultimate Balance Consultancy, please contact Kim Underhill atk.underhill@ultimatebalance.com.sg for a chat.

This article has been copyedited by Q Communications.

SKINLAB – YOUR NEXT MILKY SMOOTH FACIAL 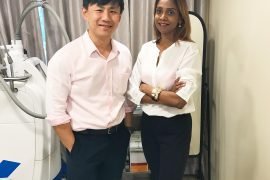 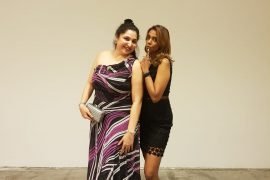