The second time I was abused, I found myself in hospital. That was the moment when I realised that I cannot stay here in this marriage. There was no reason for me to stay. My children were growing up, and my daughter was old enough to understand what was happening.

My husband was drinking himself stupid at home while he was on medical leave, and I was constantly living in fear. So I slowly and quietly packed some of our belongings and hid them in my neighbour’s house until an opportunity came for us to go. And when it came, I took two suitcases and my children, drove to the airport and flew back to Singapore. I was terrified that he would find us, but I knew that we would be safe away from him.

I became a single mother at 23

I grew up in a family of five, living in a three-room flat. We lived in a rough neighbourhood, with gambling dens around the corner. By and large, it was a happy childhood. When I was 14 I decided that studying just wasn’t for me, so I dropped out of school and went to work in a boutique. Plus, money at home was so tight because my dad would use his income to fund his gambling and drinking habits. It was only until he passed away from lung cancer did I discover that he had been abusing my mother in front of my two siblings. My mother truly is my inspiration – she worked three jobs to support the family financially, and she still found the time to raise us. Throughout everything, my mother has stood by me. After I left school, I learnt how to type and worked in administrative jobs. At the age of 23, I found myself pregnant by a colleague whom I was dating. To my dismay, he disappeared – I later discovered that he had been dating someone in England and had gotten her pregnant as well. In desperation, I flew to England to try to look for him to no success, and after a month I had to go home. I tried to keep my pregnancy from my mother for as long as I could, but eventually she found out and was heartbroken. But when my daughter was born, we both fell in love with her and I couldn’t give her up for adoption.

In search for job opportunities, I went to Brunei to earn a living. It was there that I met my first husband. He was a wonderful man who loved my daughter. But the day we got married I asked myself why I made this decision – and the answer was that I married him for the sake of my child. When I found myself pregnant again, I realised that I did not want to live in Brunei for the rest of my life. I flew back to Singapore to give birth, telling him that I preferred the medical systems at home. But the truth was that I did not want to return to Brunei. After six months of refusing to go back, I decided it was only fair to him to ask for a divorce. He was a great person, but he married the wrong woman – my heart was just not there. Back then, I was stubborn. I did what I wanted without thinking about the consequences.

I fled from my abusive husband

I went back to my previous job as a secretary, and after a year and a half I met my American husband. Again, I married him thinking that this was my chance to start over again. We moved to America and for a couple of years, things were good. The cracks started to show when he started to drink. When he was sober, he was a great dad and husband. But when he was drunk, he became verbally abusive. After a couple of years in America, his company transferred him to Malaysia. He became very unhappy and dissatisfied with his job, and his drinking habit got worse. The first time the abuse became physical, I took my children and returned to Singapore, but he followed us and asked us to come back, which we did. But the second time, he was so violent that he landed me in hospital. After living in fear for so long, I finally found the courage to leave.

When I came home, I rented a flat, put my kids in day care and worked as hard as I could. As tough as the situation was, those were happy times for me, because we had escaped and we were safe. I’m lucky to be blessed with two amazing children. I can never forget the day when my sister asked my daughter how she was coping with all these changes, considering how we went from living in a large house to a small flat. My daughter, who was only eight years old at the time, answered: “Mummy’s going through a lot of things right now. I can’t complain.” This memory still brings me to tears today. I realised that I was always trying to find alternative support for myself and the children, and that it was time for me to stop looking for a man and rely on myself.

I went back to school to get my degree

I owe so much to my ex-boss, who, despite being almost 80, is still my mentor today. When I first worked for him as a secretary, it was after I ran away from my second husband. He saw my potential and asked me if I had plans to go back to school. I told him: “I’m a single parent in a tiny flat, how am I going to go back to school?” So he worked with the company to get me sponsored, and I went to night school for ten years to get my degree. Because I left school at such a young age, I had a lot of ground to catch up on.

As responsibilities increased, I had to travel frequently while attending school four to five nights a week. Whenever I had doubts, this mentor challenged me, saying, “Fine, stop studying, go back to becoming a secretary.” That didn’t sit right with me. Through this whole time, I’m so fortunate that I had my mother helping me. I’m a lot like her – we don’t cry about split milk. The way I see it is: things happen, we move on. Coming back here as a single parent, I didn’t have a choice. I had to put food on the table. It’s the reason why I’ve always had a job, and I worked hard to keep my job because of my children. They are my focal point. I cannot say die.

After all those years in night school, I’ve risen from being a junior office administrator to a senior business development director, and moved on to manage global sales teams as a Vice President of Sales and Marketing. Today, I am the Regional Head of Electrolux (Southeast Asia & India). People always ask me, how did I break the glass ceiling, working in a male dominated environment? My answer is that there’s no glass ceiling. It’s about how badly you want it and how willing you are to invest the time. As Sheryl Sandberg said, sit at the table, and not stand in a corner.

I want to help women fulfil their potential

I believe that it’s just as important to help other women to take their career to the next level. There is so much more that we can do. Especially for Asian women, where they think that after they get married and have kids, then that’s their job. I always ask them, “When the school wants to contact a parent, why do they call you? Why can’t they call your husband?” People automatically assume that it’s the woman’s job. But marriage is a partnership, and if that’s not your mindset then it needs to be changed. Married women with children – realise that you need your husband’s help. You cannot do it alone.

I became president of Daughters of Tomorrow (a local organisation that empowers underprivileged women) in August 2016, after being a trainer with them for the last two years. My area of focus is the confidence curriculum. I think one of the biggest problems women face is a lack of self-confidence and self-awareness, even the ones who are in stable, successful jobs. They don’t understand the strength that they have. When I work with them, it is so gratifying to see them have that lightbulb moment, when they realise that they can achieve more than they thought they could.

It hits particularly close to home when I watch women who are abused and don’t know what to do. To help them get out of their situation is my number one priority. When I hear people talk about doing community work overseas, I always ask, what are you doing in Singapore? People always assume that Singapore has a lot of government support. But it’s not about that. It’s about getting that one person out of the mud – that’s one person saved. That’s my big thing.

Check out these events to discover more about Kim. 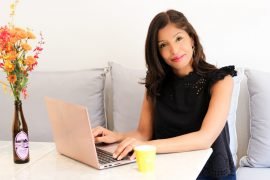 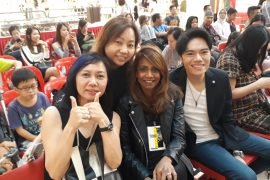 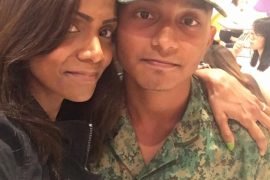